We need to learn from his biography, Great Man in the World.

The Life of a Great Man

Introduction:  We must mention the ever remembered name of Hazrat Mohammad (sm) among those who have showed the light of truth to the inhabitants of the world. He is the last and superior most Prophet of Islam. By dint of hjis ever known qualities he rose to the sovereign of Arabia from a mere cow-boy.

Hazrat Mohammad (sm) was born in the Quraish tribe in 570 A.D. His father’s name was Hazrat Abdullah and mother’s name was Hazrat Amena. His father died some months before his birth. He lost his mother too in his very childhood. So, he was deprived of his parental affection. He was brought up by his grandfather Abdul mottalib.  After the death of his grandfather his uncle, Abu Taleb, took his charge. His uncle was not solvent. So, Mohammad (sm) had to work hard. He used to tend cattle. And help his uncle in his business. From his very boyhood he was thoughtful, benevolent and truthful.

Marriage and attainment of Nobuwat :

At the age of twenty five he was married to rich widow named Khadiza. This was a turning point in his life. He began to spend most of his time in meditation in a cave of  ‘Mount Hera’, In one of his meditations he got the message of Allah and thereby attained ‘Nabuwat’ at the age of forty. Allah ordered him to preach there is none but one Allah to be worshipped. From that time he was entitled ‘Rasul”;  The Holy Quran was revealed to him through Gibrael. He began to preach the massage of Allah among the idolators of Mecca. At this, many of the Meccans stood against him.

Once Mohammad (sm) came to know that his enemies conspired to kill him and so he fled to Medina. The date of this flight of Hazrat Mohammad (sm) makes the era Hizri. He was cordially welcomed by the inhabitants of Medina and many of them embraced Islam. He had to fight several times with the Quraish. Later, Mohammad (sm) conquered Mecca and hoisted the banner of Islam over the whole of Arabia.

This Great Man prophet passed away in 633 A.D. Performing the responsibilities which were entrusted to him by Allah. Truthfulness, justice, tolerance, trustworthiness, forgiveness, kindness were the main features of his character. 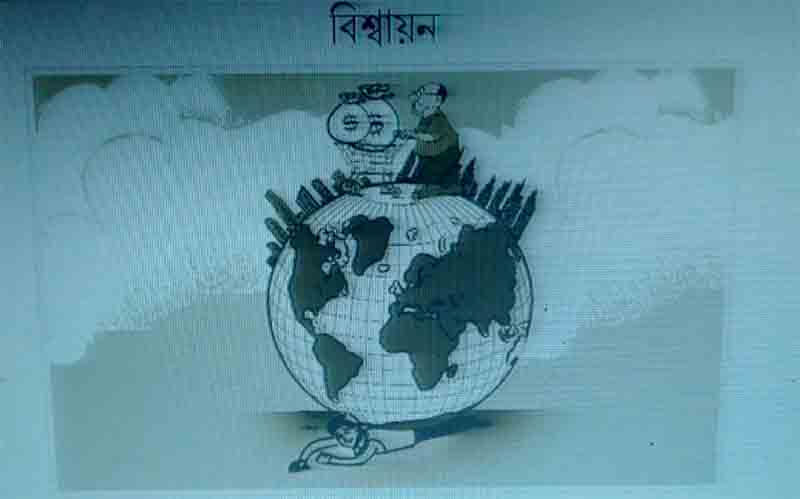